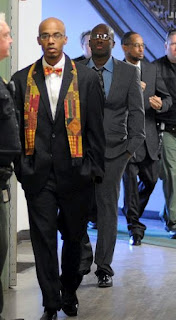 The victim who is able to articulate the situation has ceased to be a victim, has become a threat!
James Baldwin

On April 29, 2010, there was a peaceful protest against illegal and barbaric conditions created by the Department of Corrections’ prison guards in the “hole” at the State Correctional Institution at Dallas (SCI Dallas), including food starvation, mail destruction, beatings, medical neglect, use of a “torture chair” and deaths of various prisoners.

After guards tortured fellow prisoner Isaac Sanchez in a “torture chair” overnight and threatened several Dallas 6 members with death, prisoner Carrington Keys, Duane Peter, Derrick Stanley, Anthony Locke and Anthony Kelly and another decided that they didn’t want to suffer anymore. Simultaneously covering their cell door windows with bedding, the prisoners demanded that the abuse stop, and requested access to their counselors, state police, the District Attorney and the Public Defenders’ Office. They had no access to telephones or computers and their incoming and out-going mail were being destroyed to undermine their ability to expose the corruption.

Rather than investigate or attempt to resolve the issues which occurred for over a year prior to April 29, 2010, prison officials staged an armed assault against the unarmed men, who were all locked inside of their individual cells, viciously attacking them with electro-shock shields, tazers, fists, and pepper-spray. While all of the guards involved in the incident admitted that they did not suffer any injuries, members of the Dallas 6 were left bloody, naked, with burnt skin, and in pain.
Following the assaults, several Dallas 6 members were transferred to other prisons. Hundreds of documents were generated, including specific claims of misconduct alleged against the Dallas 6. Not once was the word “riot” mentioned. After civil actions and other complaints were filed against prison guards and officials regarding the events, the prison, state police, and the Luzerne County District Attorney’s Office formed an alliance to bring criminal charges against the Dallas 6–now calling the incident a “riot,” four months later.

In pursuing this case, Pennsylvania tax dollars are being misused to prop up a prison culture that results in the abuse prisoners.  From transporting the Dallas 6 to court with helicopters hovering above, attorney hours, housing, court staffing, and travel over the course of a 3-year period, the state has spent between $250,000 and half a million dollars to prosecute these men who took a stand to save their lives and the lives of people around them.

The trial of the Dallas 6 will represent a moment of truth and exposure. We call on all who believe in justice and equality to promote awareness of this case. 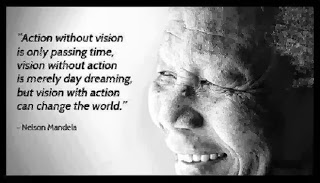 Documents:
Summary in Support of Petition to Indict Luzerne County Judges, District Attorneys and others

Who are the Dallas 6?

At SCI Dallas (PA), after a series of abuses at the hands of corrections officials, some prisoners housed in the solitary confinement unit decided they had enough and decided to stage a protest in response to the inhumane conditions and mistreatment of prisoners. Each prisoner involved in the protest is now collectively referred to as the Dallas 6.

On April 28th 2010, one prisoner by the name of Isaac Sanchez was subjected to a planned attack by the Restrictive Housing Unit (RHU) staff, forcibly removed from his cell and brutally beaten by officers in star wars uniforms (riot gear).

Prisoner Sanchez was subject to this attack as a result of speaking out against the abuse at Dallas prison on behalf of his fellow comrades.

After a series of abuses, official misconduct and outright administrative corruption, 6 prisoners at SCI Dallas decided it was time to do something about the inhumane conditions, immediately, before another prisoner dies or is brutally harmed.

As revealed in the Human Rights report, there has long been a policy within the prison walls of Dallas and the Pennsylvania Department of Corrections (DOC) to operate a corrupt administration under an iron wall of silence.

Under this iron wall or code of silence, SCI Dallas, PA DOC, District Attorneys Office, Attorney Generals Office as well as the Pennsylvania State Police operates in participation and conjunction with one another to cover up crimes and misconduct by state offices by overlooking video footage of officers caught on video tape committing human rights violations.